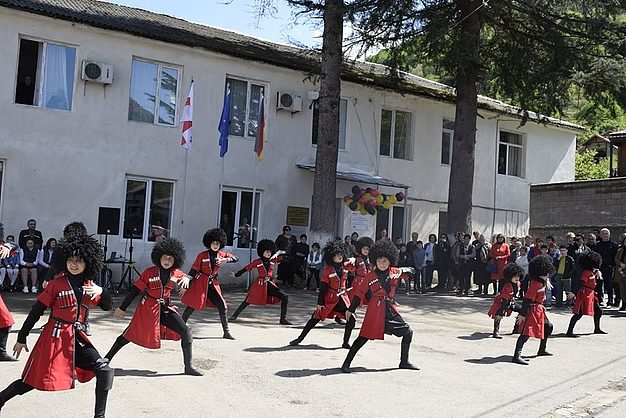 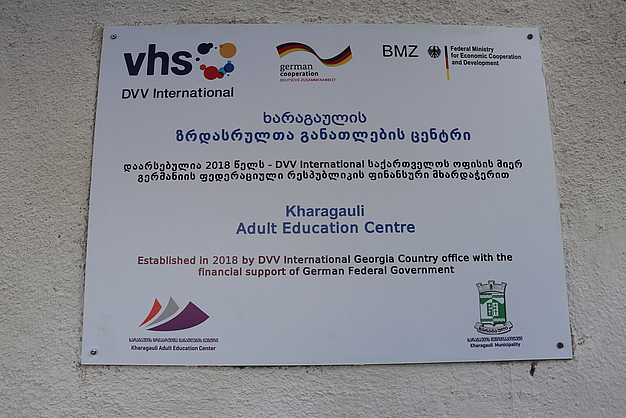 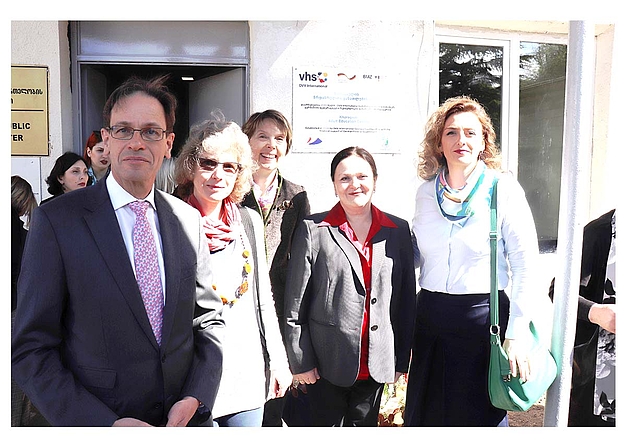 This is already the 11th Adult Education Center established by DVV International Georgia since 2006, when the project commenced. The centers are actively engaged in the life of the communities they are located and annually in average 20000 people receive different educational services supported by DVVI, international donors and local self-governments (e.g. number of beneficiaries in 2018 reached 24000).

The opening ceremony started with the speech of honorable Ambassador of Federal Republic of Germany to Georgia, his Excellency Hubert Knirsch who visited Kharagauli especially for this event. “Georgia and Germany cooperate in many fields, including culture, economics, education, and I’m extremely pleased that we have yet another example of such cooperation in Kharagauli,” said Ambassador Knirsch. “This opening is of huge importance for the locals as well as for the development of the region itself. Such relations are important to Germany as well, since here we make new friends, establish new friendly relations and undergo new stages of cooperation. I have seen how such learning centers established in Georgia by DVV International function and I know that these centers will significantly benefit the local inhabitants. Students of these centers will acquire the knowledge they need. In Germany, such learning centers have a long tradition. Recently, the 100th anniversary of such learning centers was marked in Germany. The idea behind creating learning centers in Germany was to have good schools, good universities and public education centers throughout the country to serve the citizens,” the Ambassador noted.

DVV international Regional Director for Caucasus, Turkey and South-East Europe Ms. Maja Avramovska, Country Director of DVV International -Georgia Ms. Lali Santeladze and Mayor of Kharagauli Municipality Mr. Nikoloz Topuridze welcomed the audience. They underlined the importance of supporting the concept of lifelong learning and education for people of all ages. It was noted that AE centers in Georgia shall play an important role in the development of local communities and the whole country, similar to the role and responsibility of Volkshohschulen (VHS) in Germany.

The guests pledged continuing support to Kharagauli AEC as well as to the other AE institutions established by DVV International in Georgia.

The opening was widely reflected in different media including radio, TV, newspapers and social media: