In September 2019, DVV International Georgia country office launched a project which brings together youth from the occupied territories of Abkhazia, Georgia proper and Russian Federation and supports overcoming the existing stereotypes using the art methods. 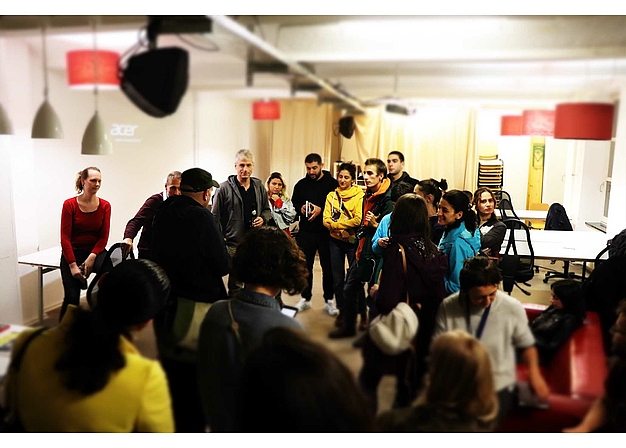 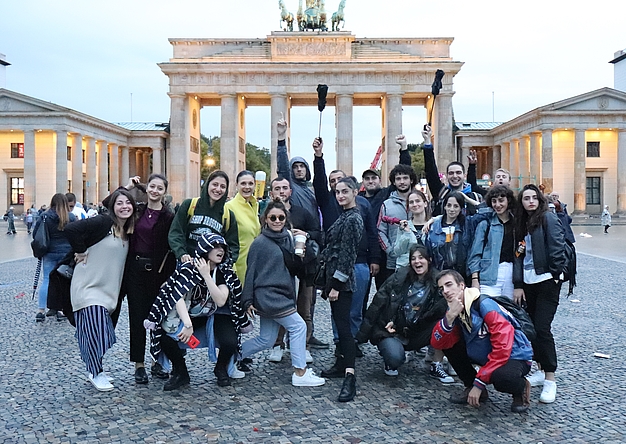 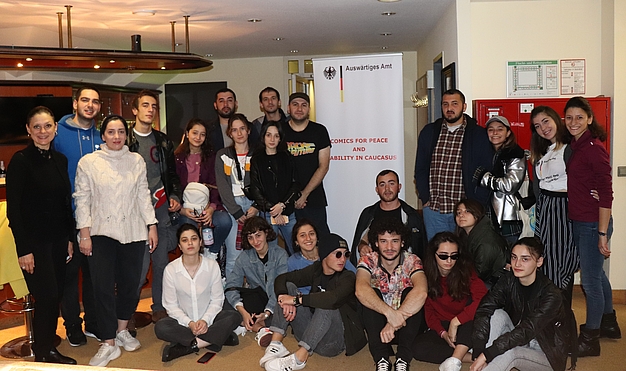 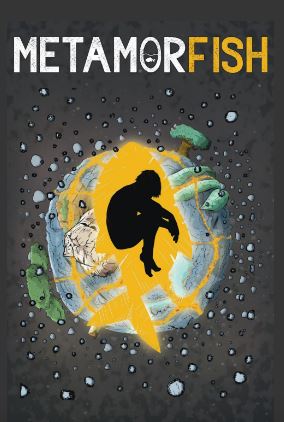 The important link between youth and conflict issues is receiving increasing attention on the agenda of peacebuilding practitioners. It is becoming increasingly clear that young people are important predictors of our future depending on how they see themselves and how they interact with their peers and communities from the "other side ". Whether young people opt for violence or peaceful solutions depends on the opportunities they are given today.

This requires new creative peace and confidence-building methods - projects in this area should be designed with innovative methods that address the needs of the beneficiaries and at the same time contribute to confidence-building between "conflict parties".

One of the most motivating methods for participants is to be involved in the process, to take responsibility and to strive for the common goal as part of a group. The goal can be an end product, for example, the creation of a wonderful publication or, in our case more precisely, a comic book - a medium that, by combining the artistic talents of painters and comic authors and creative but also environmentally aware young people in general, addresses a highly topical issue of how people deal with nature and tells the story of a karmic metamorphosis.

The comic is called "MetamorFish". It was created by the young participants of a DVV International project supported by the German Foreign Office with the title - "The Art of Peacebuilding: Comics for Peace and Stability in the Caucasus", implemented from June to November 2019.

On the other hand, the goal can also be the process itself, it can be implied and scattered in the course of the mutual work, with the results being much more lasting and effective than just a professionally produced publication of the comic strip.

The project title speaks already for itself and this implicit goal, but meanwhile also the feedbacks of participants - the representatives of the three groups of young people from Georgia proper, the breakaway region of Abkhazia and Russia. The isolation and stereotypes created by confrontation and anger were to be fought with the help of art in the service of a higher idea. By creating a safe environment for cooperation and by fostering the art spirit as a basis for long-term relationships and cooperation, 20 young people - five from breakaway Abkhazia, five from North Caucasus and 10 from Georgia proper - were brought together. The result was a team of like-minded people, the group called "coMIX", which went through the whole process of comic production.

Already at the first workshop, which took place in Yerevan, the young beneficiaries came into contact with the best comic artist from Georgia, Gigi Jabidze. With him, they learned a lot about the specifics and history of the development of the comic genre, got to know its standards. The first ideas were generated, the story was created, an outline - the first drawings in the form of so-called hard copy frames - were created.

At the same time, art and education were used by the project as tools for change, for dealing with more profound problems such as estrangement and stereotypes. Iluta Krūmiņa, a trainer with many years of experience and head of the Adult Education Association of Latvia, accompanied the group from the very beginning with various team-building activities, with the emphasis on effective communication and stress relief exercises, while respect for cultural and ethnic diversity and the willingness to innovate and be creative provided the framework for the planned activities.

All this continued during the second joint workshop, which was held in Berlin. The most important event and the greatest motivation for the young participants was the presentation of the first comic draft in the international comic scene in Berlin. A lively interactive discussion process followed. For the European artists, MetamorFish was a completely new and different perspective, which aroused their great interest and contributed even more to the joy and motivation of the young artists.

But the highlight of the whole adventure was the visit of the famous comic fair in Berlin -German Comic Con, which deals with comic, film & TV, cosplay and costumes. Young people had the opportunity to meet famous actors, artists and other celebrities in addition to the numerous events.

No surprise that the feedback from the young participants was exclusively positive and enthusiastic:

"I'm glad that I was part of this wonderful project where I learned teamwork first and foremost and created a comic book together with these great people. Thank you for giving me such an unforgettable time" - wrote a participant from Tbilisi.

"The project is very interesting. I liked the training methods and we worked a lot. The activities helped us to get to know each other better and to work even harder to get the results" - reported a participant from Sokhumi.

"Everything was perfectly organized. The trainers were professionals and knew their work well" - said the participant from Sokhumi.

One of the participants from Vladikavkaz was also very positive about the project and the trainings within its framework: "... It proves that there are still people who are interested in the development of art and maybe a little, but still have changed this world. I liked the atmosphere that was created. And, I would add, it doesn't matter what language we speak. The participants were especially memorable for me".

"Everything was organized on a high level. This project is very important to promote the relationship and friendship between the nationalities. This is an amazing project. I hope that we will meet in future projects" - hopes a participant from Vladikavkaz.

The project beneficiaries continued to communicate with each other via a closed Facebook group. The participants jointly completed the comic strip "MetamorFish", 1000 copies of which were distributed to young people in Abkhazia, Georgia proper and Russia - as a symbol of the newly established trusting and open relationships that will endure despite artificially imposed borders.