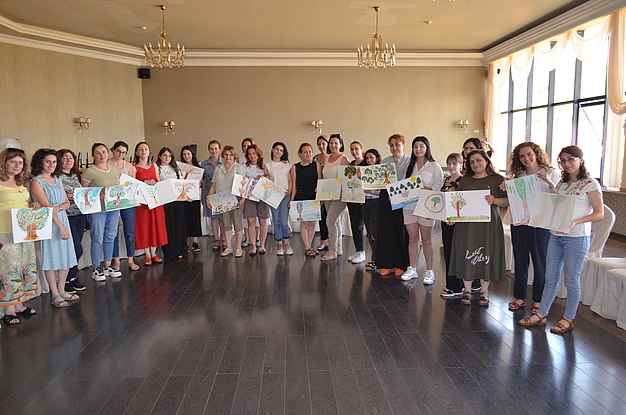 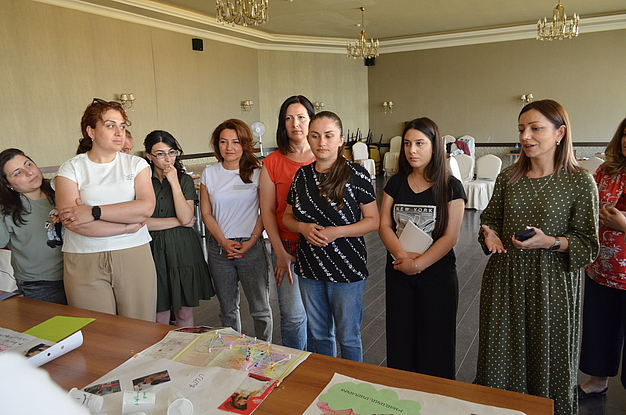 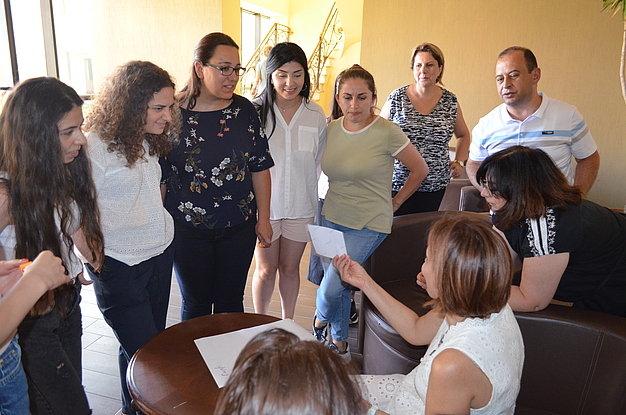 DVV International Armenia  hosted the second annual network meeting was held on August 5-7. The three-day event was attended by 25 participants from 8 organizations involved in the network. This was the first network meeting where, in addition to the center directors and program coordinators, trainers were also involved․

During the first day of the network meeting the participants came together to construct the models of ideal AE Center and community, trainer and participant. They then compared it to their current reality and highlighted the similarities and differences.

Invited speakers presented new and interesting topics during the second day of the event. Thus, Serob Khachatryan talked about his course “Sage citizen. Teaching Virtues ․ Cognitive distortions” and involved the participants in a number of activities. Ani Avetisyan and Liana Avetisyan presented the results and findings of the research "Adult Education as a Post-Crisis Rehabilitation Approach and tool", while Narine Movsisyan and Armine Galstyan offered a glimpse into the "Everything starts with you" parents' personal growth training manual.

The event ended discussions about further plans and cooperation modes.