A unique event entitled Creative non-LIBERTY was held on October 27 at Sergey Parajanov Museum. Through this creative format issues related to the right of education in prisons were brought to the public attention. 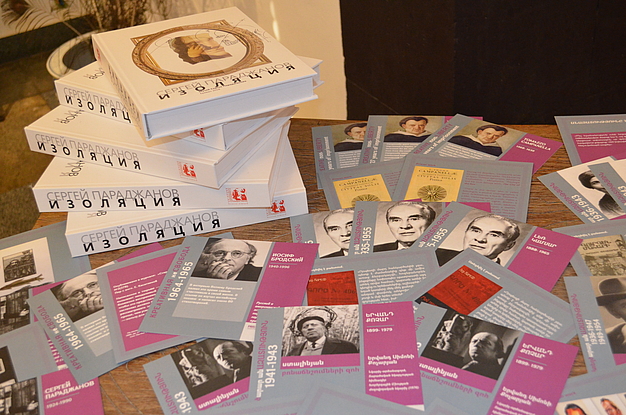 A unique event entitled Creative non-LIBERTY was held on October 27 at Sergey Parajanov Museum. Through this creative format issues related to the right of education in prisons were brought to the public attention. The event was organized by the DVV International Armenia office under the “Actively for Human Rights in Penitentiary Institutions project implemented with the financial support of the German Ministry of Foreign Affairs.

In his welcoming speech, H.E. Mr. Bernhard Matthias Kiesler, Ambassador, Extraordinary and Plenipotentiary of the Federal Republic of Germany highlighted the importance of continuous education as human right, interaction with art and culture. The Ambassador noted that the right of education cannot be limited in prison.

Mr. S. Krmoyan, RA Deputy Ministry of Justice, emphasized: "Our goal is to return to society individuals that are ready for re-socialization through education. People in penitentiary have all the human rights including education and creativity, the only right being limited is that of freedom. "

Ms. Hovhannes Hovhannisyan, RA Deputy Minister of Education and Science, reflected on such aspects of the issue as availability and accessibility of education and noted that: "Education is freedom and is itself a liberator".

Included in the program of the event were a mini lecture on the prison life and work of Sergey Parajanov as well as the presentation of the book Isolation (Изолиация) delivered by Mr. Zaven Sargsyan, director of the Museum.

Cards and posters exhibited at the event featured the prison work of prominent Armenian, Russian and foreign authors, thinkers, artists from different era,

Actively for Human Rights in Penitentiary Institutions project is implemented in Belarus, Ukraine and Moldova alongside with Armenia as part of the International Prison Education Network established in 2017. The network advocates for better awareness of the rights to education of inmates and released persons emphasizing that education is key to reintegration processes.

The book Isolation (Изолиация) was published in 2018 and includes a compilation of 240 letter written by Parajanov during his imprisonment as well as photographs of the sketches he created in prison. The book was compiled and published by the Sergey Parajanov Museum.