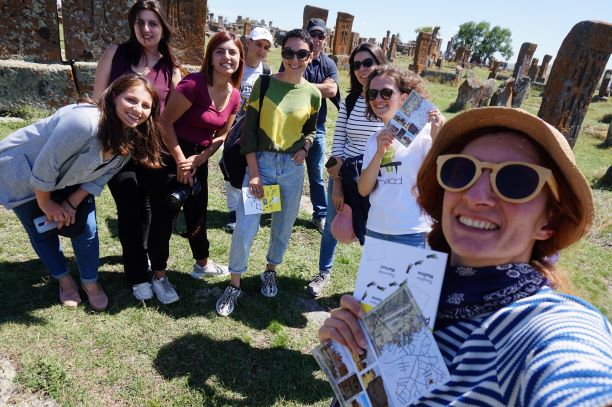 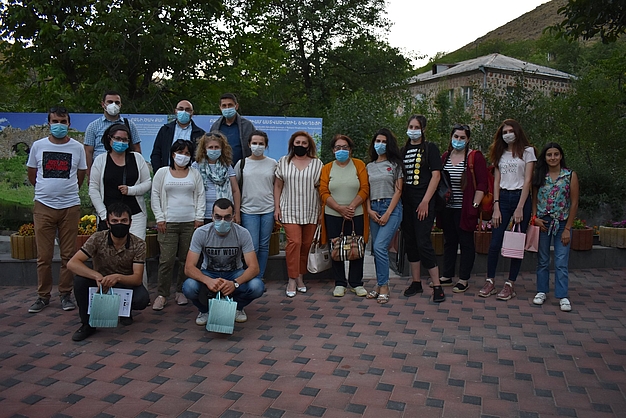 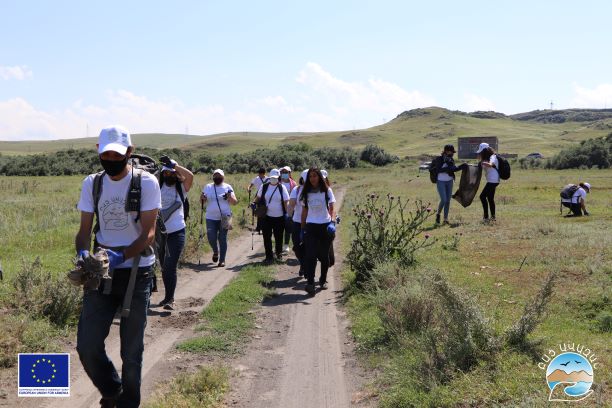 How do we know them and what do they have in common? These young people from Gegharkunik and Kotayk have been brought together by the EU4Culture: Stronger Communities and Initiatives Project. Affiliated with three of Project sub-grantee organisations (Blejan NGO and Sevan Youth Club NGO in Gegharkunik region and Improve Our Village (Kotayk region) their time was well spent in the past several months to re-discover the touristic, cultural, hiking potential of their communities and regions (some of it exploring outside and some of it doing online research and creating new resources).

In July, we (the Project team) hiked across two different trails discovered by young people in Gegharkunik. One led from Tsovazard village to the Yot Qar (Seven Stones) mountain and passed through a fascinating natural flora rich with wild flowers and herbs, of unmatched beauty and serenity. The other route this group of young people took us on was within Sevan National Park. We walked and cleaned this protected area feeling both exhilarated by the views and frustrated by the human littering.

In August, we went on a touristic trip in Kotayk guided by youth from villages included in the route that they developed. Hakob introduces us to the unique structure of Nor Hajn bridge and told a lot of new things about the Gyumush Hydroelectric Plant. Frida took us to the house of Vales Grandfather (as everyone in Arzakan calls him), a local self-grown artist who has created an esthetic value by decorating his house with his own frescoes both inside and outside. Hambardzum then led us to the so-called Ruptured Rock in Bjni, an impressive natural phenomenon with many local legends surrounding it.

In September, we joined youth from Sevan on their really creative post card tour. You get a set of postcards that lead you from one sight to another thus making up an entire tour. The postcards took us from Sevan to Gavar to Martuni. We saw the oldest house in Sevan, attended a kyufta (traditional Armenian pounded meat dish) making workshop in Gavar and immensely enjoyed   our time with horses in Martuni and in artist Nerses Karapetyan’s house-museum in Madina (small village near Martuni).

We learnt so much from these trips and from our young guides. They helped us see that Armenia’s small cities and villages are a wealth of history, traditions and culture, but also are filled with experiences of inviting daily life routines that can attract tourists both from other parts of Armenia and abroad.

When talking to the young people from Kotayk and Gegharkunik, it was obvious what they valued most about their participation in the projects, i.e. friendships forms and a new understanding of their communities and region.