The second module of the Curriculum globALE training program was organised by the DVV International Georgia Country office on June 27-30 in Tbilisi and was led by the invited professor, International Council for Adult education (ICAE) Secretary-General, Mrs. Katarina Popovic. 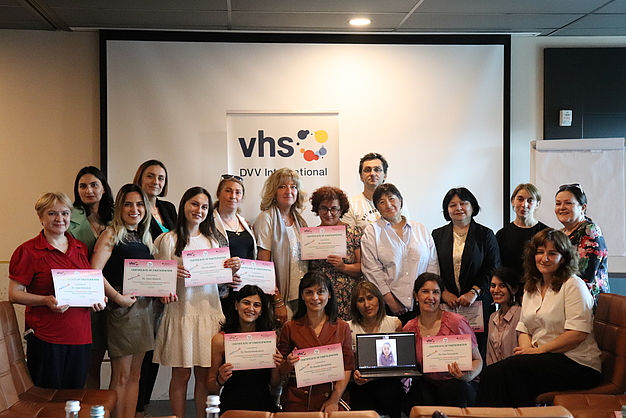 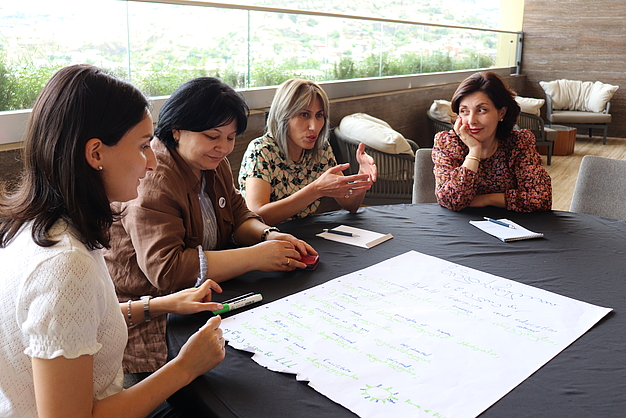 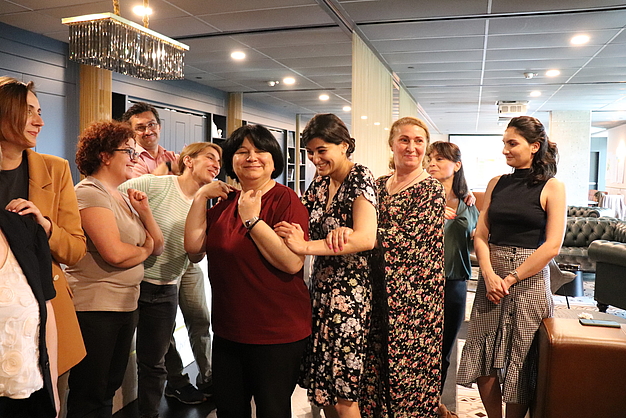 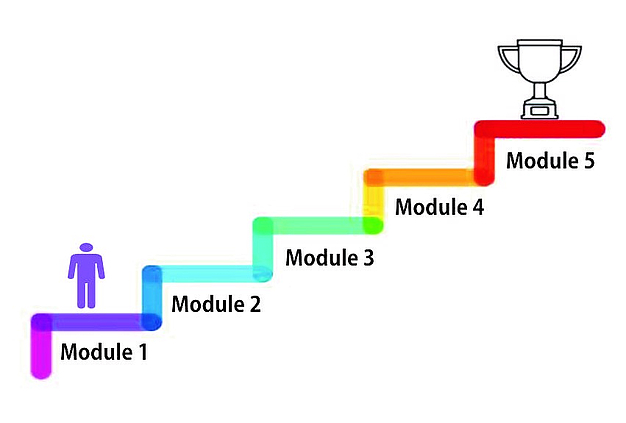 The second module of the Curriculum globALE ​​training program was organised by the DVV International Georgia Country office on June 27-30 in Tbilisi and was led by the invited professor, International Council for Adult education (ICAE) Secretary-General, Mrs. Katarina Popovic. The training program aims at the professionalisation of adult educators and includes directors of Adult Learning and Education (ALE) centers, Adult Education (AE) coordinators of state vocational colleges and employees of the Georgian Adult Education Network (GAEN) and DVV International Georgia Country office.

Prior to introducing the second module, the visiting professor, Ms. Popovic started the training with a review of the first module, where the participants had the opportunity to talk about their experiences with the first module. Within the framework of the second module, more specific issues were discussed, which included: principles of AE, learning process: for children and adults; learning psychology and developmental psychology as the basis of adult learning theories; theories of behaviorism, cognitivism, and constructivism, and their application in AE; transformational learning, Kolb's theory, and AE; experiential learning, comparison of learning theories, emotional learning; integrated approaches to learning; application of adult learning theories. These topics led to such interesting and important issues as neuroscience, how the brain learns, what we need to know and what we need to do to keep the brain in good mental shape, what is the harm of fake information, the so-called "fake news" and how we should be able to recognize it and, accordingly, have the ability to think critically.

It is important to mention that the trainer was always making a combination and, after getting acquainted with the theories, she was looking at the prospects of using them in practice, in addition. In addition, it was revealed in the process that one cannot specifically follow only one theory. It is necessary to use them mixed, taking into account the audience. Along with the theory, many vivid examples and group work further contributed to deepening the knowledge of the participants.

The participants were given a certificate of participation for completing the second stage. Due to the fact that other viruses besides Covid are active and it is important to take care of each other, one of the participants took part via Zoom on the third and fourth days of the training and it was also possible to take a group photo together.

At the end of the training, Professor Ms. Popovic reminded the participants how important it is to think about applying what they have learned in practice and to be able to connect the already learned modules with each other, because, in addition to new topics, the last module of the curriculum requires summarising the entire modules and finding connections between them.