The Writer’s House of Georgia hosted the Festive Award Ceremony of the Georgian History Competition 2017/2018. 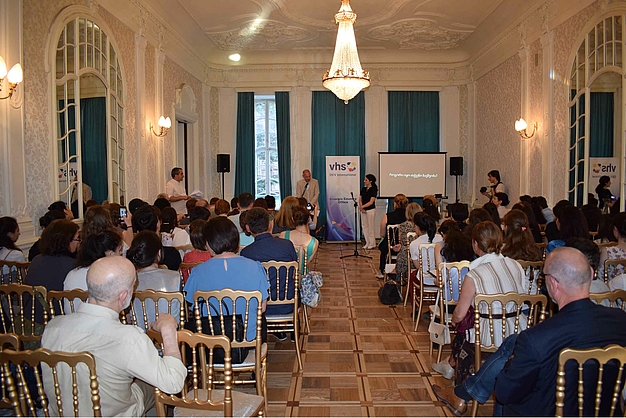 Award Ceremony of the Georgian History Competition 2017/2018: “Being Young in 20th Century Georgia” on June 22, 2018, at the Writer’s House of Georgia ©Insea Kiderlen

On the evening of June 22, 2018, the Writer’s House of Georgia provided the solemn setting for the winners of this year’s Georgian History Competition that was initiated and implemented by DVV International and its Georgian partner organisations GAHE (Georgian Association of History Educators) and SovLab (Soviet Past Research Laboratory) for the first time. In front of around 70 participants and teachers, three winners coming from different schools in Tbilisi and Kutaisi were honoured, celebrated, and received their prizes. Certificates were also handed over to three students who produced a video as their competition entry and to a teacher from Svaneti who assisted several students by taking part in the competition.

In total, ten selected participants of the competition can now also apply for an international History Camp in Berlin organised by the German Körber foundation, which will take place in November 2018.