A new history competition is starting for students on the topic: “Migration – Restarting Life from Scratch” 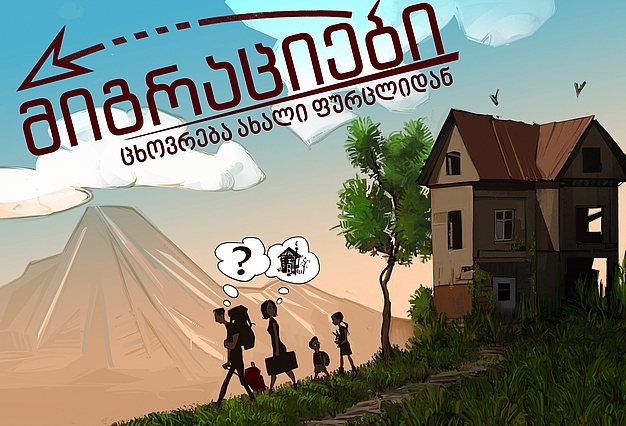 The first History competition in Georgia was held in 2017-2018 by the initiative of the Institute for International Cooperation of the Deutscher Volkshochschul-Verband e.V., the German Adult Education Association (DVV International), as well as, the German Foundation - Körber-Stiftung and with the financial support of the German Federal Foreign Office in the Eastern Partnership countries: Belarus, Georgia, Moldova and Ukraine. The aim of the competition is to develop skills to research history independently as well as critical thinking in schoolchildren.

The topic of the first competition was "My Ancestor at My Age." 56 students aged 15-18 participated and three winners had been revealed. Essays of six students were published in the collective journal. Four students participating in the competition were selected by the International Commission for participation in a history camp in Berlin. The success of the first competition has led to Georgia becoming a member of the European History Competition Network (EUSTORY Network). Currently, three student candidates have been sent to participate in the camp organised by this network.

After the first successful phase, it was decided the project to be continued in 2019-2020. This time the topic of the competition is "Migration - Restarting Life from Scratch." In the process of preparing the research and competition papers, students will be guided by more than 100 teachers of history and civic education, who will take a special training course in October 2019 which will enable interested teachers to get more information about the competition, to deepen their knowledge on migration processes, to learn their causes and consequences, analyse the role of migration processes in history and their impact on social or political life, to obtain all the theoretical and practical information needed to mentor students.

The winners in the second competition will be announced in May 2020. The project will culminate in Georgia in June 2020, when the award ceremony will be held in Tbilisi. The four best students will continue to participate in the Berlin History Camp. Four best teachers will also be sent to the International Mentors’ Meeting.

A documentary film is planned to be made about the project.

Project partners from the Georgian side are the Soviet Past Research Laboratory (SOVLAB) and the Association of Georgian History Teachers (GAHE).

The project is implemented under the patronage of the International Organization for Migration (IOM).

Implementation of the project is supported by the Ministry of Education, Science, Culture and Sport of Georgia (MoESCS) and Writers' House of Georgia.