The third history competition held in Georgia within the framework of the international network EUSTORY has ended. On July 23, 2022, DVV International (the Institute for International Cooperation of the German Adult Education Association.), the implementer of the History Competitions 3.0 project, held an awards ceremony in the conference hall of the Caucasus University. 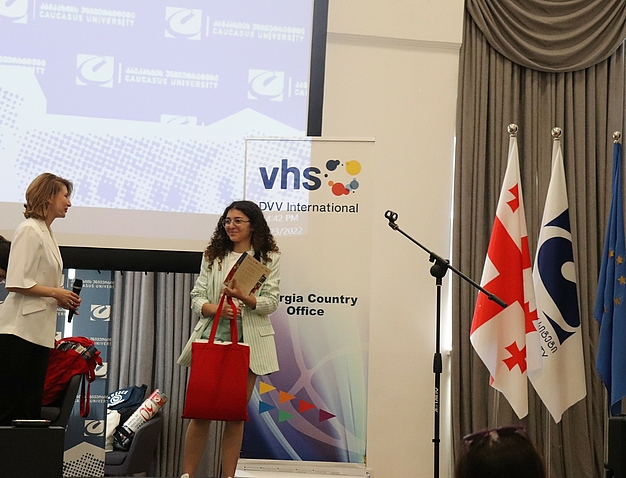 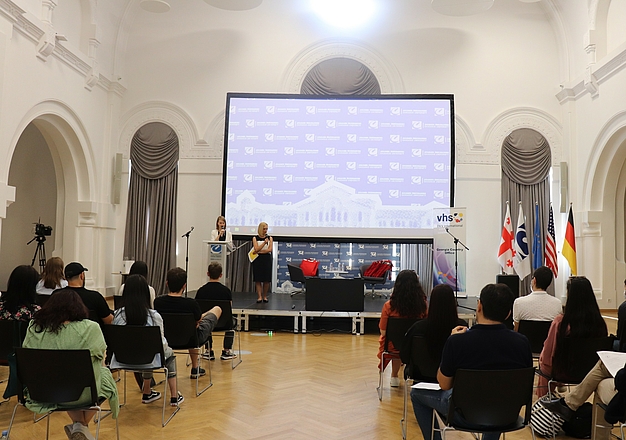 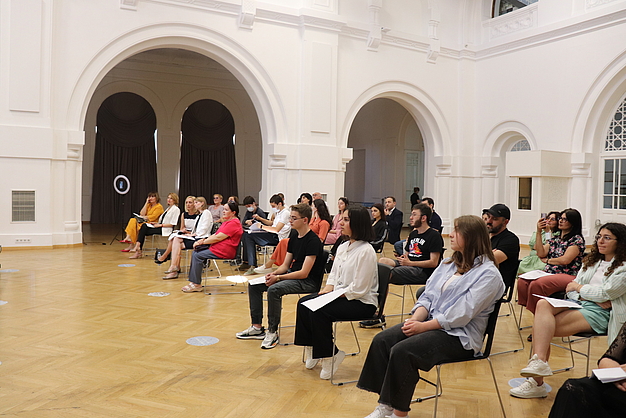 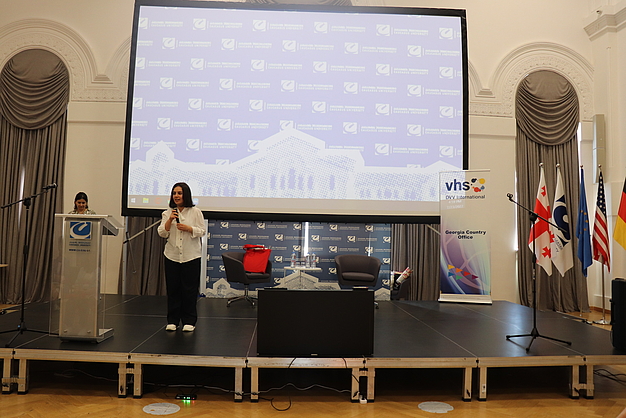 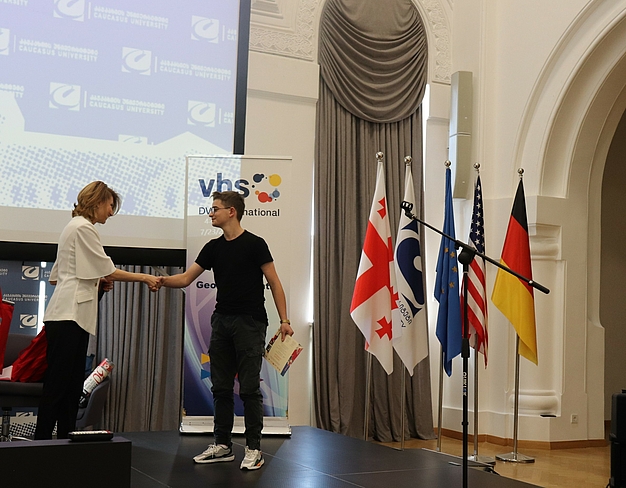 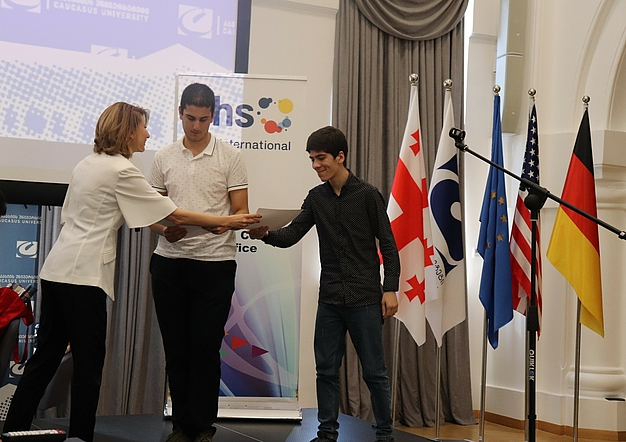 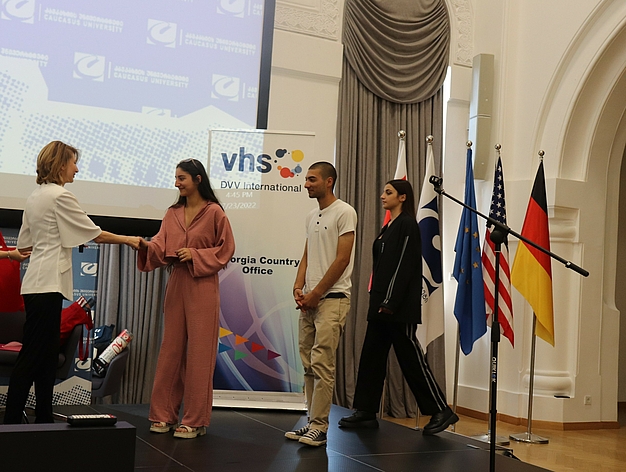 The third history competition held in Georgia within the framework of the international network EUSTORY has ended. On July 23, 2022, DVV International (the Institute for International Cooperation of the German Adult Education Association.), the implementer of the History Competitions 3.0 project, held an awards ceremony in the conference hall of the Caucasus University. The project was supported by the Caucasus University, which had its own favorite among the contestants.

After the welcome speech of DVV International, the guests were addressed by the First Deputy Chairman of the Education and Science Committee of the Parliament of Georgia, Tamar Taliashvili, and the First Secretary of the German Embassy in Georgia, Head of the Press and Economy Department, Sarah Zielonka. They interestingly talked about the importance of studying history for the future and development of the country and society. The local partners of the project, Nana Tsikhistavi, President of the Georgian Association of History Educators (GAHE), and Otar Dalakishvili, representative of the Soviet Past Research Laboratory (SovLab), told the public about the progress and results of the project. Then the representative of EUSTORY, Körber-Stiftung, Programme Manager Inka Siuts addressed the winners with a video message and informed them about the upcoming events planned within EUSTORY. The dean of the Caucasus School of Humanities and Social Sciences, Davit Natroshvili, also welcomed the participants and in his speech emphasised the critical reflection of the seventy-year past.

Then the awards ceremony was held and the places were distributed among the winners identified by a competent jury as follows:

And 15 years old Barbara Tskhadadze, Lizi Kartvelishvili and Irakli Abramashvili from Lesia Ukrainka School #3 in Surami with essay – “Thank you, God, for giving me this...”. Their head is Natela Gogaladze.

4. The fourth place group consists of Nini Archvadze, Tinatin Burduli and Giorgi Akhalauri, aged 16 and 17, from Mirza Gelovani Public School #1 in Tianeti. The title of their essay is "Heroes and Anti-Heroes of the Abkhazian War". Supervisor - Ekaterine Ushikishvili.

Also, the Dean of the Caucasus University, Davit Natroshvili, gave gifts to the university's favourites - the students of Akhalkalaki 1st School - Alina Poloyan and Liana Avetisyan, and the Georgian Association of History Educators awarded Eraniak Makaryan, the Head of the Akhalkalaki participants with its special prize.

Tamuna Macharashvili, the supervisor of the first and fourth place winners, also congratulated the awardees on their victory via Zoom. Then the winners, first place winner Ketevan Khizanishvili and second place winners Barbara Tskhadadze and Lizi Kartvelishvili, made speeches, thanking for recognizing their determination and hard work.

At the end of the event, a buffet was arranged for the guests.